Inglenook Focuses on the Long Term to Regain Its Glory 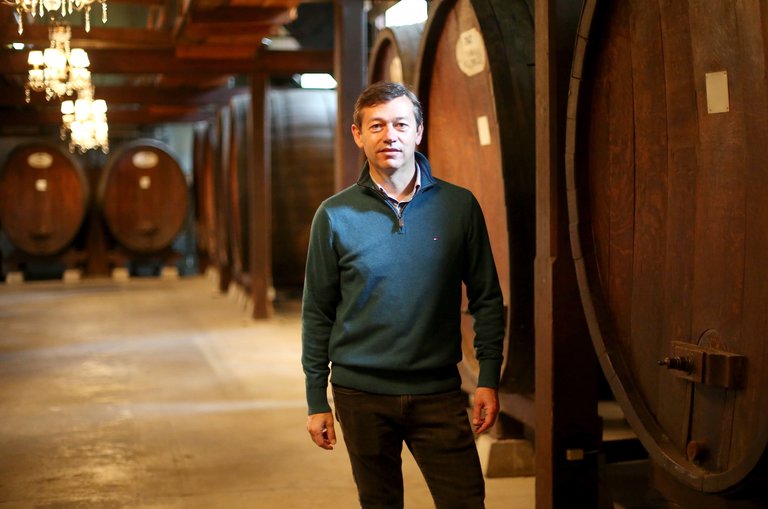 RUTHERFORD, Calif. — When Philippe Bascaules arrived here in 2011 to take over as general manager of Inglenook Vineyard, one of the first things he did was to present the owners, Francis Ford Coppola and his wife, Eleanor, a plan for managing and renewing the grapevines. The plan covered the next 50 years.

Such long-range thinking is rare to see in California, where continuity rarely triumphs over fad. Even in Napa Valley, where cabernet sauvignon has long been established as the dominant grape, visionary thinking may encompass a decade.

“My first reaction was, ‘Well, I guess I won’t be around to see the upshot of this plan,’” said Mr. Coppola, 77, the film director and writer. “But I was happy because I know this was something planned in the long term, and I am hopeful that my kids, and the kids of my kids, will be living at one of the treasures of the earth.”

Such a sense of stability comes naturally to Mr. Bascaules, who had spent the previous 20 years in Bordeaux at Château Margaux, the great first growth with an illustrious past stretching 500 years.

Inglenook, too, has a storied history, though recent decades had been less than kind. It had once been one of the most heralded names in California wine history, dating to the 1870s, when Gustave Niebaum, a wealthy Finnish sea captain, acquired roughly 500 acres of farmland, including vines.

Inglenook’s first vintage was in 1882, and its mid-20th-century cabernet sauvignons, produced under John Daniel Jr., a Niebaum grandnephew, are some of the greatest wines California has ever produced. 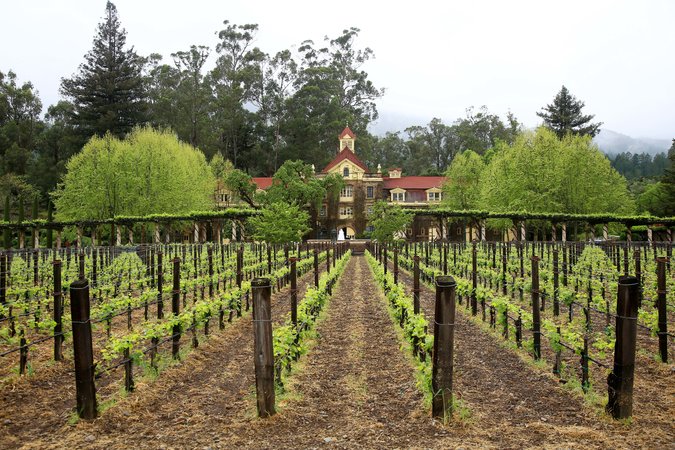 But by 1975, when the Coppolas purchased part of the estate with profits from the “Godfather” films, the greatness was well in the past. The Inglenook brand had long since been sold and, over the years, it had passed through various corporate hands. Entire generations had grown up associating Inglenook with cheap supermarket wines rather than exquisite, long-lived Napa cabernets.

On his arrival in Napa, Mr. Coppola christened his estate Niebaum-Coppola, later changing it to Rubicon before regaining the Inglenook trademark in 2011. Along the way, he also acquired the remaining pieces of the original Inglenook property, including the historic Niebaum chateau. The hiring of Mr. Bascaules was his last step in setting Inglenook on a path toward resurrection.

Along with the long-term future of the vineyard, Mr. Bascaules addressed himself to the immediate future of Rubicon, Inglenook’s flagship wine. Since its first vintage, in 1978, Rubicon had been a good wine but had rarely fulfilled the potential of the Inglenook terroir. It tended to be dense and rustic, with firm, chewy tannins that rarely evolved.

In order to improve the wine, Mr. Bascaules methodically began to study every element of the process of growing the grapes and making the wine. In his mind, he said, he envisioned the 1959 Inglenook cabernet sauvignon, a wine that had made a profound impression on him and helped to persuade him to take the job.

“Even in Bordeaux it’s not easy to find a ’59 so good,” he said as we toured the vineyard and tasted wines during a recent visit to Inglenook. “I thought, ‘I want to make these types of wines.’ I liked the freshness and the soft tannins, and the balance was amazing.”

A sense of freshness, Mr. Bascaules said, was of primary importance to his vision of Rubicon, as was elegance and balance, qualities that had diminished in Napa Valley in the 20 years before he arrived, but which may now be coming back. 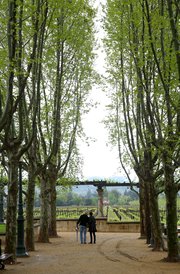 “I think maybe we went too far in the ripening,” he said. “One of the first decisions I took was to pick earlier.”

With the 2011, Mr. Bascaules did not have much choice. It was a cool, rainy vintage, and the grapes had already been picked when he arrived, though he oversaw the aging and blending.

The ’11 Rubicon is indeed fresh and aromatic, with an herbal touch that lends complexity to the fruit flavors. But the tannins tend to stick out a bit; the wine is not completely balanced.

With the 2012, a powerful vintage that was Mr. Bascaules’s first to oversee from start to finish, Rubicon began to take shape. The aromas and flavors of red fruit show a peppery edge, and the tannins are softer and more integrated. But it’s the 2013, which won’t be released until later this year, in which Mr. Bascaules’s efforts really take hold.

The ’13 is dense but fresh and vibrant, pure Napa in the sense that red fruit flavors dominate, but with complex, earthy, spicy accents, great finesse and lovely balance. Earlier Rubicons show the effort of extracting as much fruit, substance and tannic power as possible from the grapes, but the 2013 seems more fluent and graceful.

The ’13 was also an anomaly in that it is 100 percent cabernet sauvignon. Ordinarily, Rubicon is dominated by cabernet, but, depending on the vintage, also has small percentages of petit verdot, cabernet franc and merlot.

In changing the style of Rubicon, Mr. Bascaules is in accord with Mr. Coppola, who said he preferred a wine that was fresher, more elegant, with less alcohol. The 2013 is 13.8 percent alcohol, as compared with 2012’s 14.5.

“I pretty much only drink wine with food,” Mr. Coppola said. “So I like wines that are fragrant and soft yet complex, and demonstrate the area where they are grown.”

Mr. Bascaules has also streamlined the line of Inglenook wines. The second wine, which used to be called Cask, after a Daniel-era wine, and was made in a different style than Rubicon, will now simply be called Cabernet Sauvignon and will be made in a similar style, as will a new third cabernet, called 1882. Inglenook also makes an excellent zinfandel, along with a syrah and two whites.

In the vineyard, Mr. Bascaules has taken some steps that may seem counterintuitive in Napa Valley. He observed that in Napa Valley, even in the best years, it was difficult to ripen grapes fully. That, he said, was why so many producers delay picking their grapes, because they were waiting for all the elements of the grape to ripen.

“When you wait, you lose freshness, and flavors become heavy,” he said. “I came here and thought the problem was the grapes got too ripe, but I was wrong. You have the same problem as in Bordeaux getting them to ripen, and getting each part to ripen at the same time.” 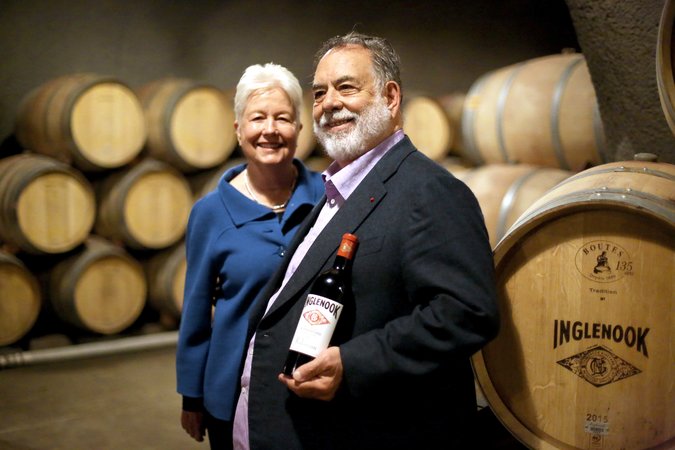 He also observed that planting grapes more densely in Napa, as is customary in France, was causing too much water stress, required more irrigation and resulted in grapes that were less balanced. “Copying Bordeaux and Burgundy here in California can be a mistake,” he said.

One solution, he said, was to prune the vines earlier after the growing season, in December, weeks earlier than is typical in Napa. This, he said, compels the vines to enter the growth stage earlier, resulting in grapes that are theoretically completely ripe sooner, though it is risky if early frosts occur.

Mr. Bascaules runs counter to other bits of conventional Napa wisdom. He believes growers have gone too far in seeking absurdly low yields, which he believes increases the power and concentration of a wine.

“It’s not because the yield is low that a wine is good,” he said. “I increased the yield when I came here. You can have less sugar and more acidity.”

He also does not believe the shibboleth that the alcohol content of a wine is not important if the wine is balanced. He said that too much alcohol makes it hard to make a balanced wine.

“I would like not to be over 14.5 percent,” Mr. Bascaules said. “When the wine approaches 15 percent, you lose control of the extraction, and you have no choice but to make a big wine.”

In the vineyard Mr. Bascaules plans to experiment with head-pruning cabernet sauvignon, an older system of training vines most often seen in California with zinfandel. Mr. Bascaules said that Paul Pontallier, his mentor and the longtime director at Château Margaux, who died recently, had advocated head-training.

Mr. Bascaules said that he thought Mr. Pontallier was correct, and that he had set aside four acres to test various vine-training methods.

That leaves plenty of time in the 50-year plan.

Read the original story on The New York Times.

Published with permission by Eric Asimov.

Can I purchase wine from another Province from your website?

No, each Province’s list is specific to that market. Orders can only be fulfilled in market. If you see something of interest we can put you in touch with a representative in your market to update on future orders or arrivals specific to your Province.

Can I buy a single bottle?

As an importer we cannot vend directly to the consumer. All orders must pass through a retailer (either a government liquor store or a private wine or liquor store). As the retailer must purchase a full case, we can only accept orders for full cases. If you are interested in purchasing wine in quantities less than a case, please contact us and we can refer you to a location that stocks our wines.

Will I receive an order confirmation?

You will receive a confirmation from us via email or phone.

Where and when can I pick up my order?

Orders can be sent to a government liquor store or a private wine store or liquor Store. When you first order, we will recommend a retail store for you to pick up your order with respect to your location. The retailer will contact you via phone or email  when your order is ready to be picked up on site.

What are the order arrival lead times?

When should I pay my for my order?

You pay for your order at the selected retail location at pick up.

Please advise us of any changes in your customer information, pick up location, as well as the phone number.

What should I do if one or more bottles are corked or defective?

If one or more bottles are corked, the customer can return the goods to the retailer from whom the order was purchased.  Proof of purchase is required for replacement or refund.

What should I do if I don't like the wine I ordered?

In the case of non-defective bottles, no return or refund will be accepted.

Check your emails to confirm your request